Unraveling Words: July Recap!: Gawd! We are already in August! Next thing you know I'll be writing the end of the year post. Books Read: (26) ...


Wow, all these wonderful covers and some of which hold authors names I haven't seen  before. I must thank you for the reviews and see what I think about a few. Happy readings!
http://www.ordinarilyjustme.wordpress.com
Posted by Ordinarily Just Me at 8/03/2013 12:54:00 AM No comments:

OK-so I am not necessarily certain if I stopped blogging because there are now more options with wordpress and therefore more of a headache or if I just miss blogspot and the simplicity of it. I have been thinking that I will have to go back to blogspot for now since it fulfills all of my needs. Mainly that being simplicity. Even though it is lacking the ability to organize, which is why I changed in the first place, it was a lot more fun. Of course if I could figure out all the ins and out of wordpress I just might be able to utilize it a little bit more. Perhaps one of yall could give me a few suggestions before I begin exodus back to blogspot.

Alrighty then, the highlight of my day was not watching the couple tear apart a table of clothes I had just finished or having hearing that one of my co-workers called in on one of the busiest days of the week and leaving us with only two (which is way better then being by yourself and having to fix all 26 tables of clothing yourself). Nope, it was two very different things. The first being that we bought a new mini digital camera to tide us over until we can afford a nice big SLR digital camera that will probably set us back at least 1G. The little cam we bought today is small and compact and does everything that we need it to do for a short time at least. Now we finally have a cam that works and we can start taking pics again. Yeah!
The second thing was watching my co-work drool all over himself as he was talking on the phone. He was totally embarrassed. Poor guy did it in front of one of the pretty girls too and she saw. I, being the totally sensitive and caring person that I am laughed at him for quite some time. Hey it was funny. How often do you see a person with all their faculties drool on themselves?

As for the rest of the week. Well, I am slowly killing off my small jungle, I need to find a place to park my friends car until I can get it sold, I have watched an ungodly amount of movies this past week (if you get the chance see “My life in Ruins” it was cute and funny for a romantic film. I think that about catches every one up to what I have been up to for the past few days or so and for tomorrow the peis de resistance as I anticipate the battle of all battles when I try to bathe my kitty (I think she got fleas as she keeps itching a lot lately) I’ll let you all know how that goes – but don’t worry if I haven’t gotten back to you for a couple of days…
So hope you all are having a great day, weekend, whatever and Quilly when are you coming home?
Posted by Ordinarily Just Me at 7/12/2009 05:02:00 AM 37 comments:

Hey eveyone,
If you want to find me I am now at Wordpress just click on the title of this post and it will take you there or http://ordinarilyjustme.wordpress.com/ click on that link.
Posted by Ordinarily Just Me at 5/26/2009 03:07:00 PM No comments:

just alittle rant with a little story too...

Evening rant: Can someone please oh please tell me why it is people feel that it is necessary to wad up a piece(s) of clothing and stuff them in between the layers of other clothing? Are they embarrassed or feeling guilty by the fact that they cannot refold it or that they made a huge mess? Come on people, it’s really simple-really really simple. See you unfold the item to look at it and if you don’t like it you just lay it on top so that we can see it and refold the bloody item! Nice and simple like, see?

Ok-enough ranting about clothes…for tonight anyways. It feels like months since I last participated in a wordzzle challenge, (Sorry about that Raven) and since I like the words so much it’s going to be a long post… get your mugs of whatever ready folks before reading any further.

“The story goes that under the surface of the marble trench lay buried the albino Indian.” “Whats so special about this albino Indian?” spoke the assistant.
“Well, it was said that the day he was born was the day that the temple fell. It is why he was buried in the trench instead of within the temple itself. If you look at the grand design you will see that the moat ran directly parallel to the trench.”
“What was so special about this person?”
“Well, he was supposed to be the one to sound first principles”
“Sound first…What’s that supposed to mean?” exclaimed the assistant.
“Don’t be so impatient youngster, or you’ll need an aspirin soon. Let’s see, my notes say that this albino warrior was supposed to bring the curtain down by being the key thing. You see, his people were doomed-though they will not say to or from what. I guess we’ll find out when we unearth him…”

Under the surface of the grand design, the temple had the key thing that both the albino and the Indian needed. Up the trench and past the moat then down through the curtain, all will be doomed where even aspirin cannot help if the Sound First Principles is not completed correctly. Don’t know what’s that supposed to mean? Well you will.


Ok-so not that long. only because my eyes are burning with the need to close them and my head is pounding ostensibly. Hope everyone has a terrific memorial day weekend.
Posted by Ordinarily Just Me at 5/23/2009 05:56:00 AM 9 comments:

I feel sick. Have for the last two days. Don't you just hate it when your body cannot decide to give in and hurl(just to be done) instead of just feeling like you do and then you don't?
I am looking forward to this weekend though and hope that I get over whatever it is so I can go out and visit-I get to help a friend pack for the mainland (boohoo) and go to a barbecue at another's. All in all a good weekend. If only I get over what is ailing me.
and that's all I'm sharing tonight...
except I have to tell about this really funny conversation my co-workers and I had tonight. It started out asking one another is we had seen the new star trek movie and whether or not we like it. (we did) then we went on to what was the next movie we were going to see as a group (Transformers).
He wanted to see Terminator-it comes out next week.
I told him I just couldn't get stoked about the movie as it didn't have the elements that I needed-mainly that being Linda Hamilton and Arnie.
He said that Arnie will probably have a digitalized cameo-from there we got onto Fast and the Furious Tokyo Drift and Vin Diesel-Yes I know, He's hot-which I stated out loud, but we bashed the first movie and pointed out the greatness of the others. He said the last one was better then the first(at which time I was pointing out the Diesel is hot-but Gay!)
"Gay? No way he couldn't be" was his response.
"yep, he said it in an interview"
"I don't believe it" he said.
"You could always Google it and see" I said.
"Who's gay?" another co-worker
"Vin Diesal" he said.
"NAh Unh!" She said "He can't be!"
"Yeah he is" I said.
"But he's so masculine" he said.
"You would know" I said ;) 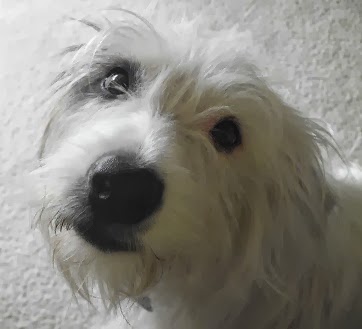